The Peek Woorroong Aboriginal people lived around Warrnambool, which was a rich environment with plentiful seafood, eels and birdlife. The sealers and whalers who first settled in Portland and Port Fairy knew the bay, for although it did not give shelter to the dreaded easterlies and southeasterlies, it did give some shelter from the west. Altogether, however, it was not a safe harbour. There are 29 known shipwrecks in Lady Bay.

The first permanent European settlers were graziers, including the Manifold family, and a township began to emerge in the 1840s. Despite the dangers of Lady Bay, the rich hinterland needed an outlet for its agricultural produce (wool, wheat, potatoes and onions). 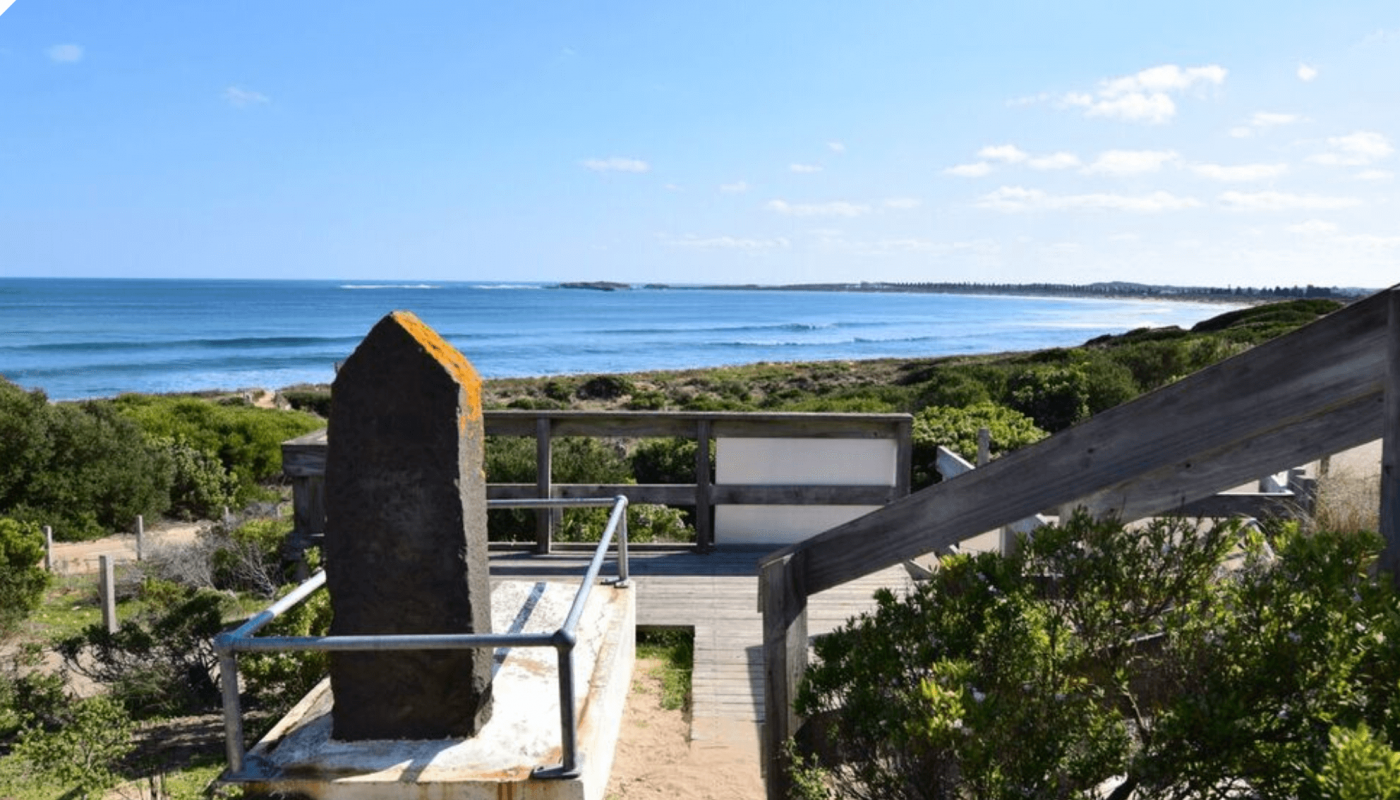 In 1904 a monument was erected to commemorate the first European woman buried in Warrnambool. The monument marks the final resting place of Mrs James Raddleston who died in 1848, when the Warrnambool settlement was less than a year old. 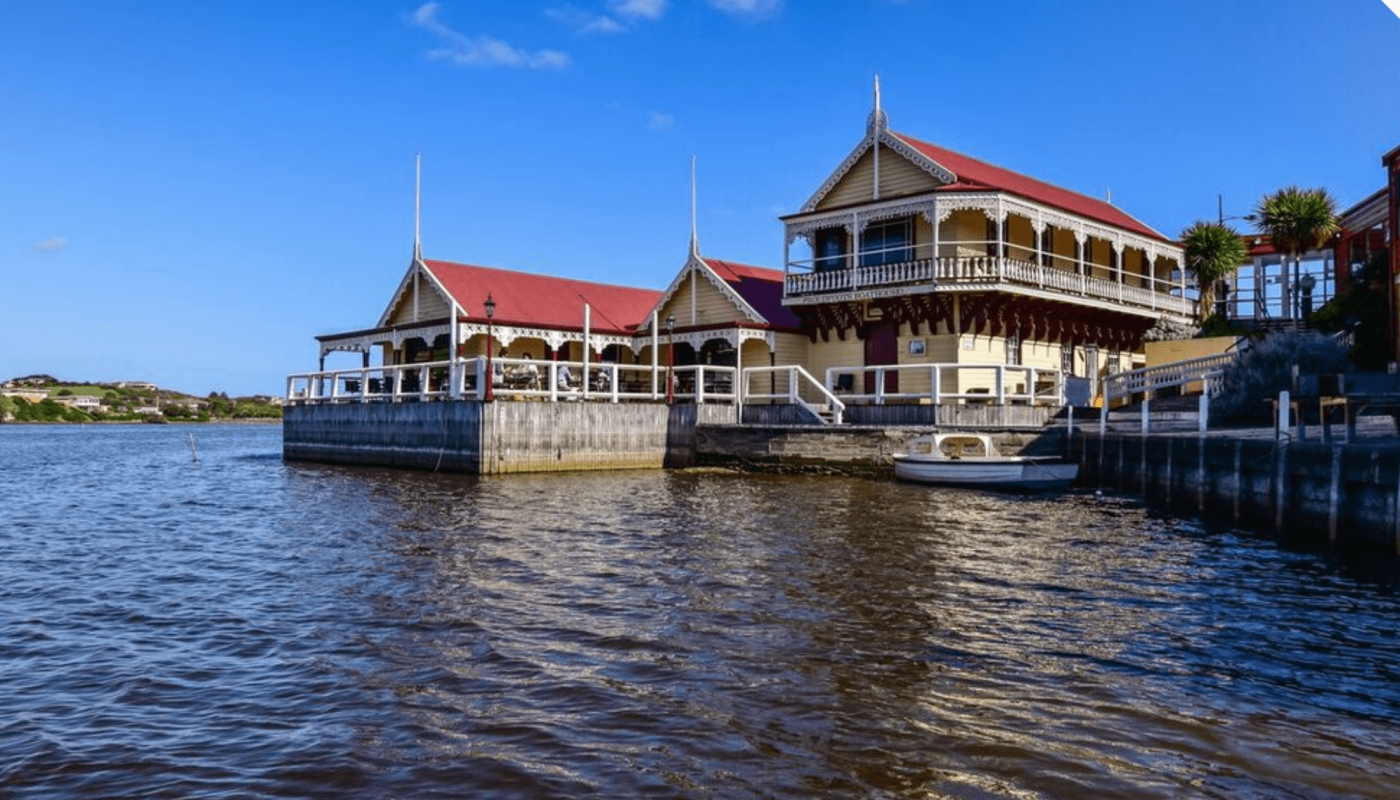 Proudfoot’s Boathouse is an unusual, highly-ornamented Victorian-era boathouse, recognised by the National Trust. Thomas Proudfoot first applied to build a jetty in a 1885 and he established a leisure-boat business. The early single-storey sections are thought to date from this period. The two-storey second stage probably dates from 1893. The renovated complex now includes reception facilities, several bars and a restaurant. It was a great spot with a lovely view in 1885, and it still is today. 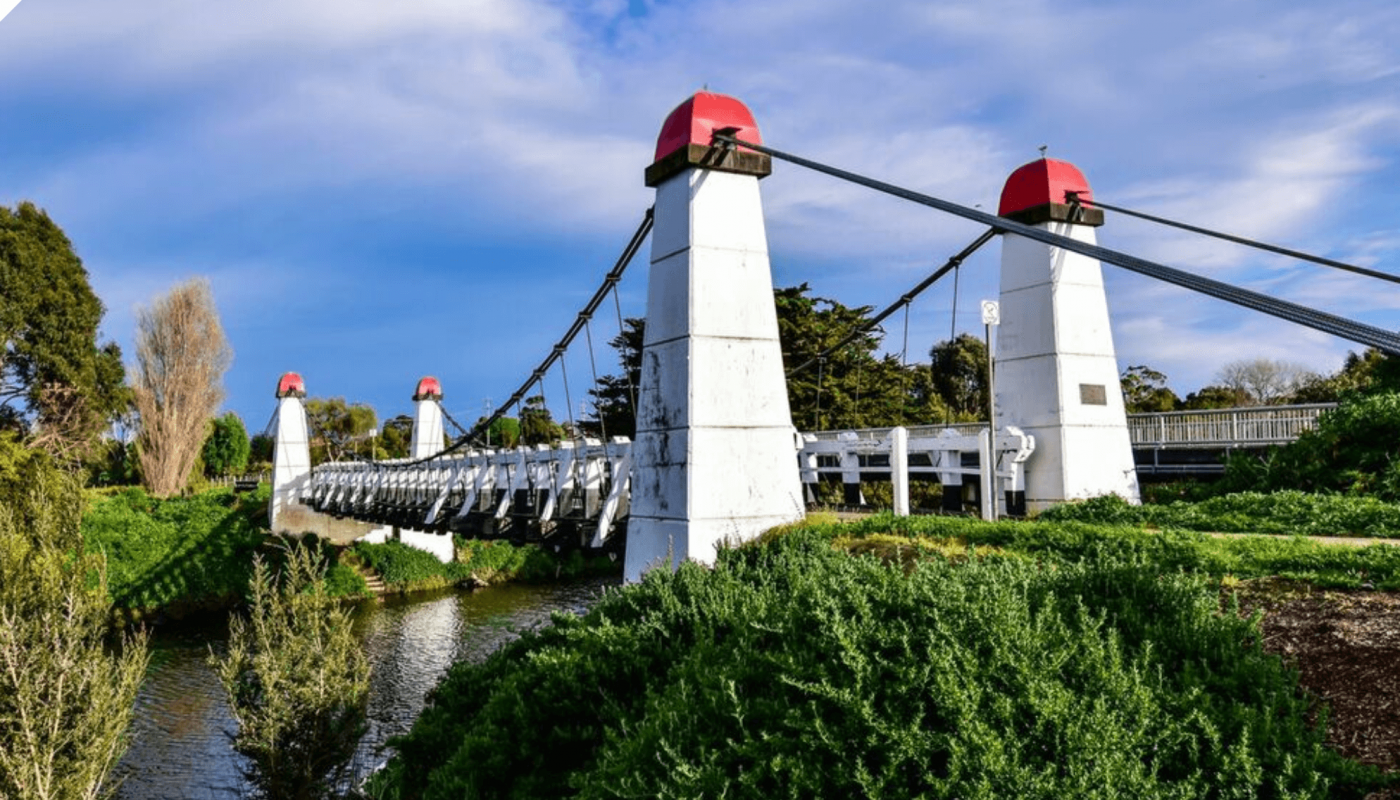 The property Wollaston was selected by Thomas Manifold in the early 1840s and inherited by Walter Manifold in 1884. A punt operated across the Merri River until Arthur D Dobson, who constructed the Breakwater, built the Wollaston Suspension Bridge in 1890 for Walter Manifold. The bridge which used cables from the Melbourne Tramway Service cost £5000 and is classified by the National Trust. 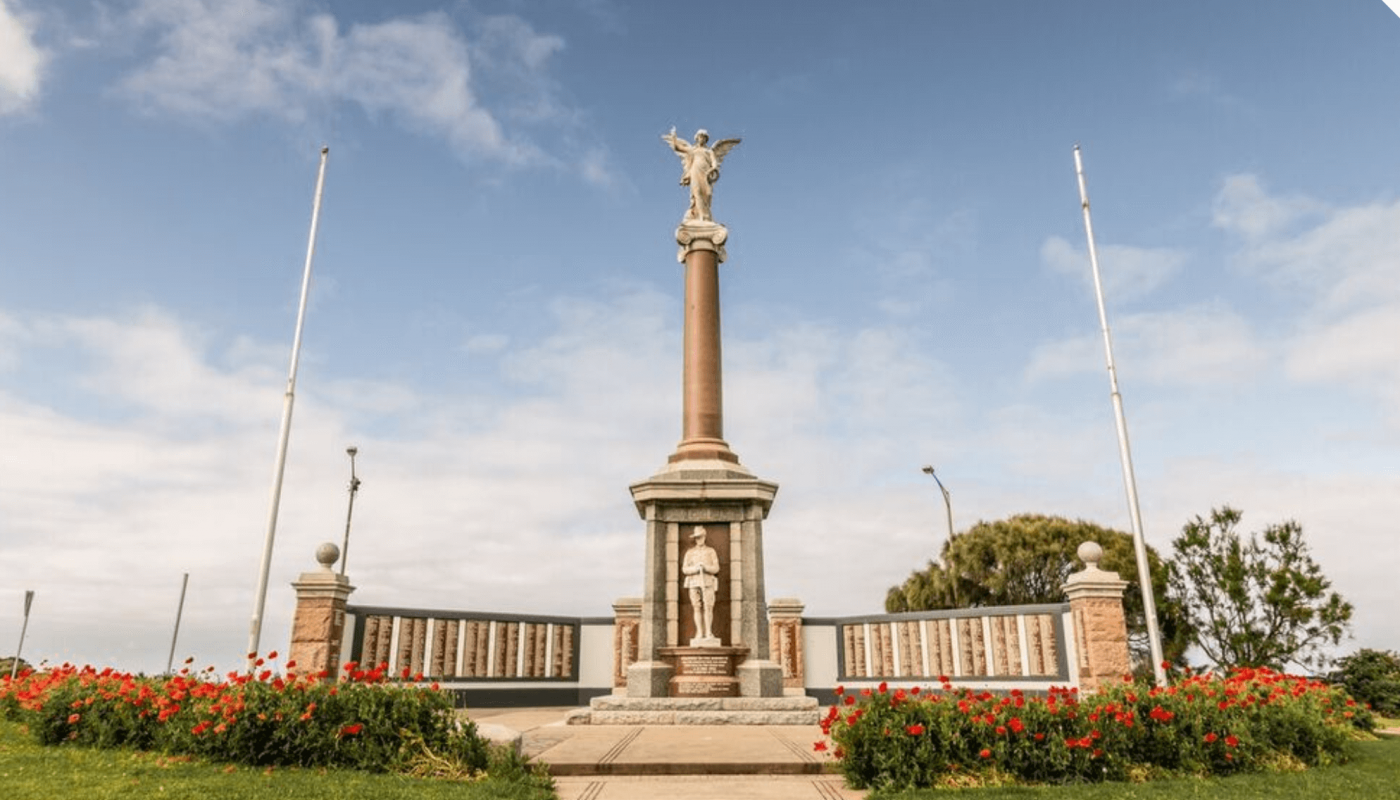 An impressive monument was erected in 1925, at the south end of Liebig St, to recognise those who served in World War 1. It now also commemorates soldiers from all the subsequent wars that have involved Australians. The monument is made from red granite and the soldier and the angel are carved from Italian marble.

Stories of the Southern Ocean

The Southern Ocean, teaming with treasures of times past and present, is the life blood of Warrnambool, providing food and transport for its people. See first hand the perils of the untamed oceans whilst visiting the sites of numerous shipwrecks, or step back to a time when sea merchants ruled the port at Flagstaff Hill Maritime Village. 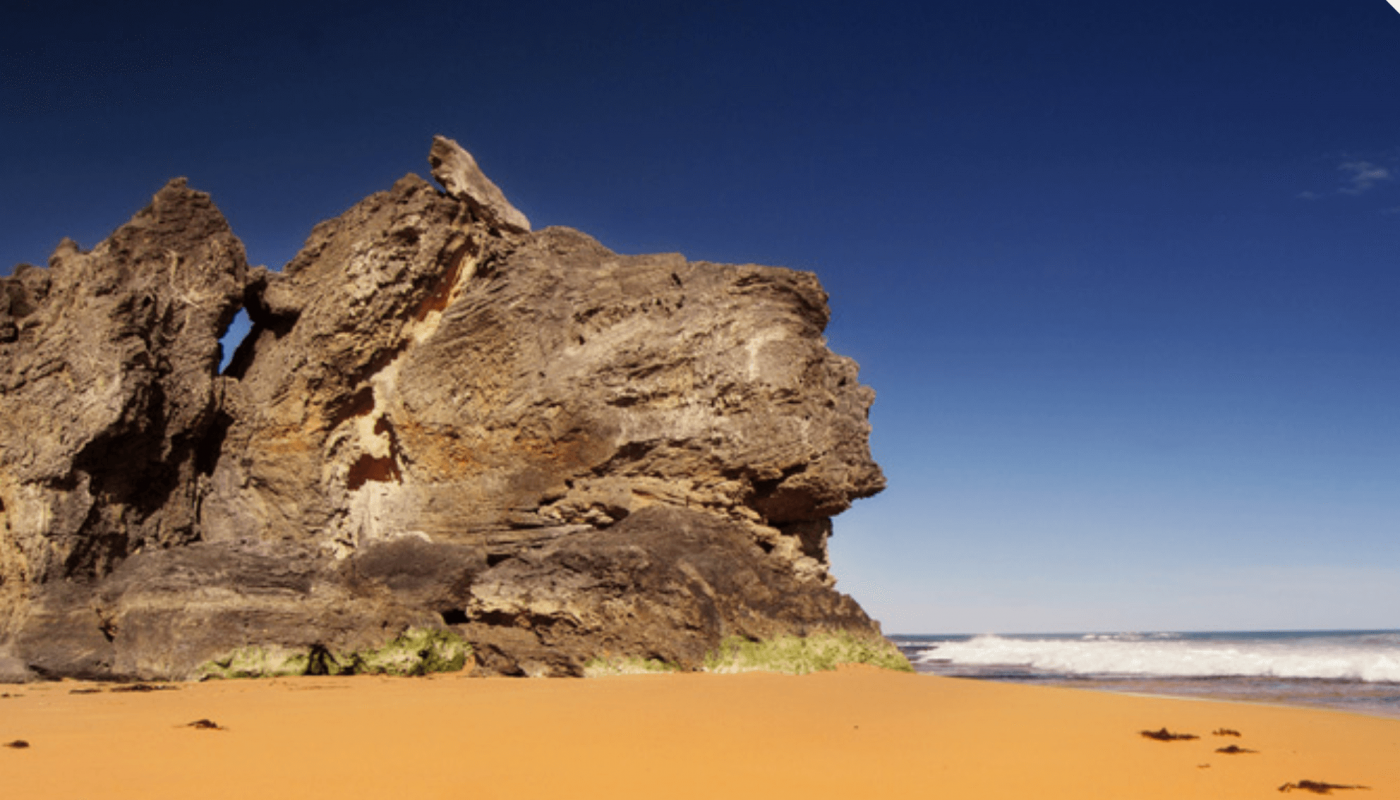 Stories of the Landscape

The landscape is rich and alive!  Australia may be referred to as a relatively young nation, but the well preserved ancient landscape provides many precious windows into the past.  Be sure to explore!

Warrnambool is home to many historic buildings. The CBD has a cluster of sites and heritage properties that have been linked in a three-km trail that wanders through the city streets. There are fine churches, hotels and examples of 19th century commercial and civic architecture dating back to the 1850s.

For more information on the Warrnambool Heritage Trail, visit the Visitor Information Centre.

There are approximately 638 known shipwrecks along Victoria’s coast, although only around 240 of them have been discovered. The Historic Shipwreck Trail along the Shipwreck Coast and the Discovery Coast shows some of the sites where gales, human error and, in some cases, foul play caused these vessels to be wrecked.

As you tour along this rugged coastline, look for the road signs that lead to information plaques overlooking the cliffs and sandy beaches. 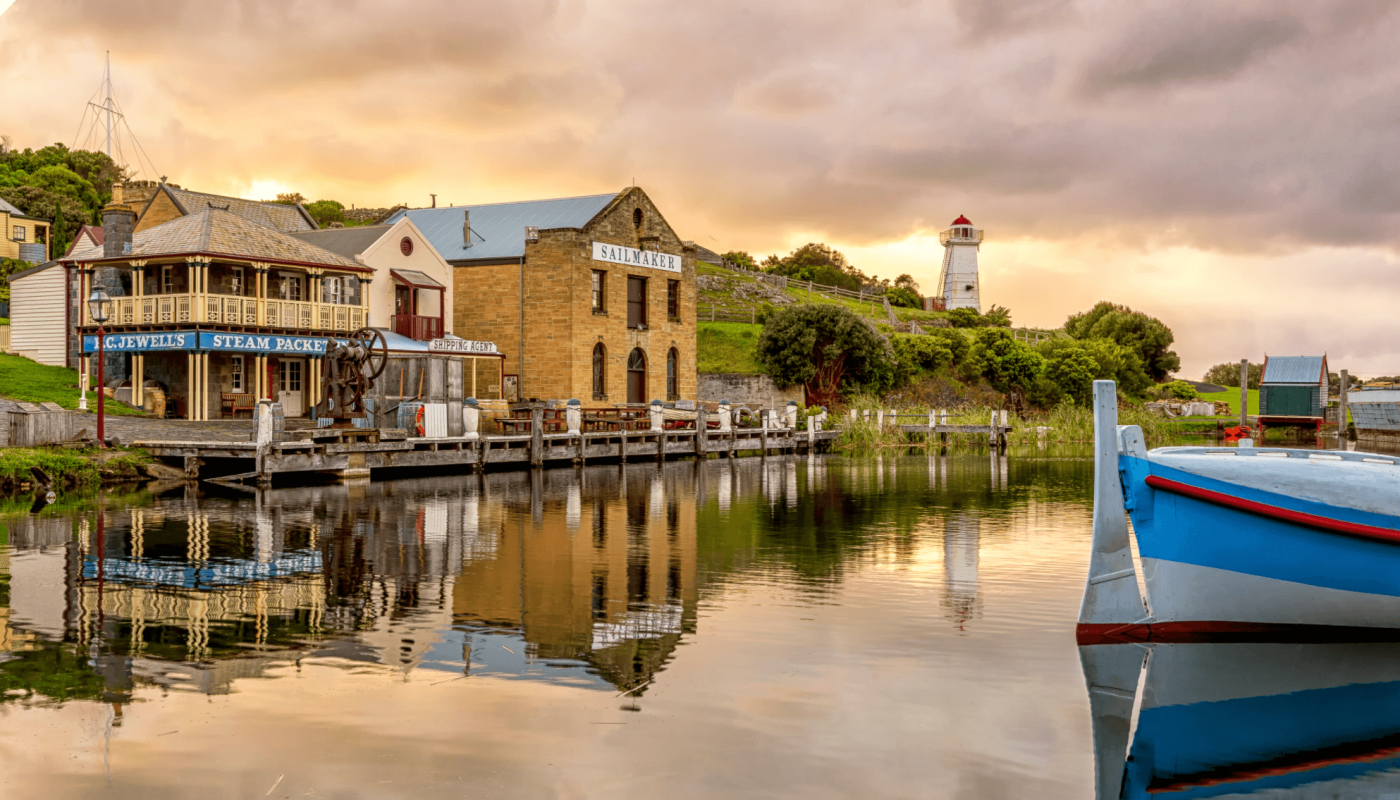 Flagstaff Hill is a state heritage listed site overlooking the beautiful Lady Bay. Today you can explore the site and gain a glimpse into our regions maritime heritage. 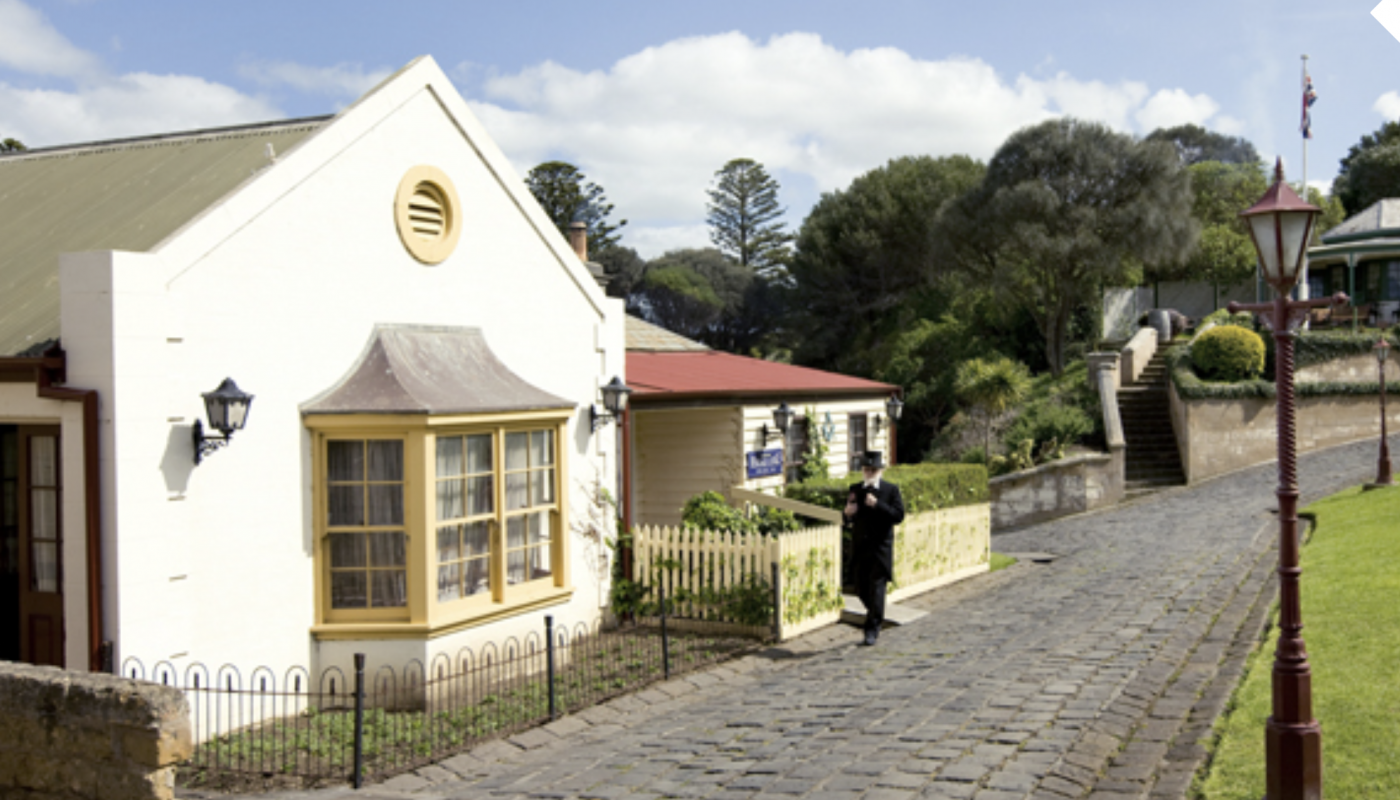 The long and short of it

It has been estimated that there were 3,500 Aboriginals in the Western District in the 1840s. Today some descendants of these people still live in the area.

Nicholas Baudin, the French scientist and navigator, sailing in the Geographe, was credited with being the first European to sight Warrnambool Bay. He marked the landmarks on his charts that are today named Tower Hill and Point Pickering but made no attempt to land. Sealers and whalers trawling along the coast were reported to have landed in Warrnambool Bay in the 1830s but none stayed for any length of time. 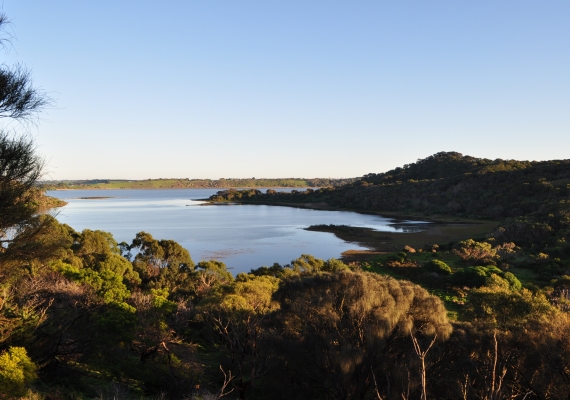 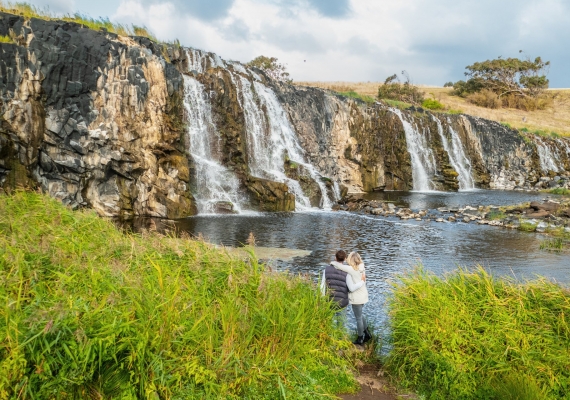 10 Reasons to Visit Warrnambool This Winter 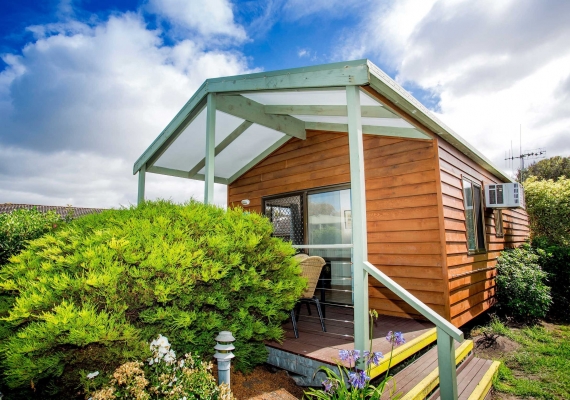 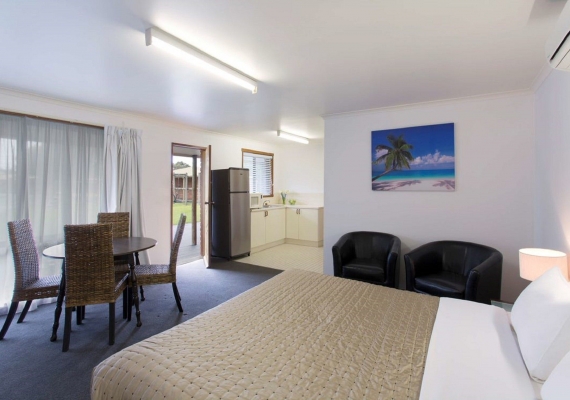 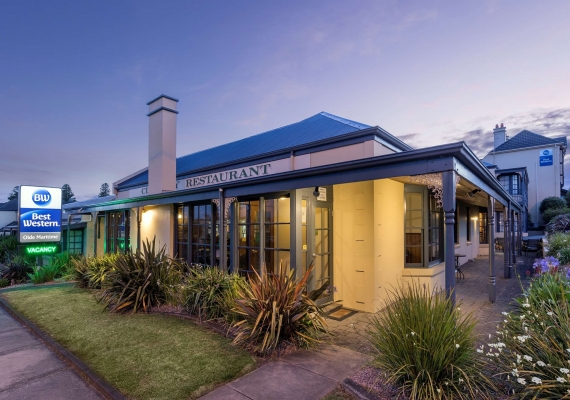 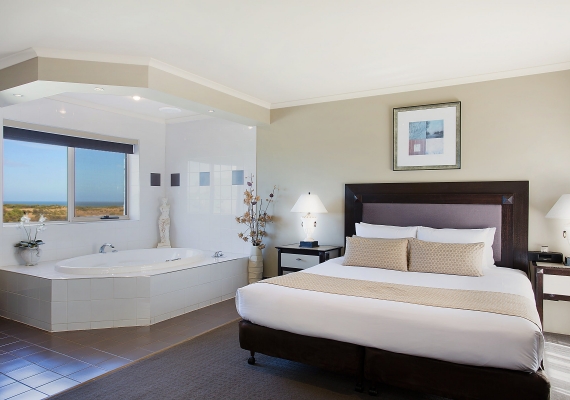 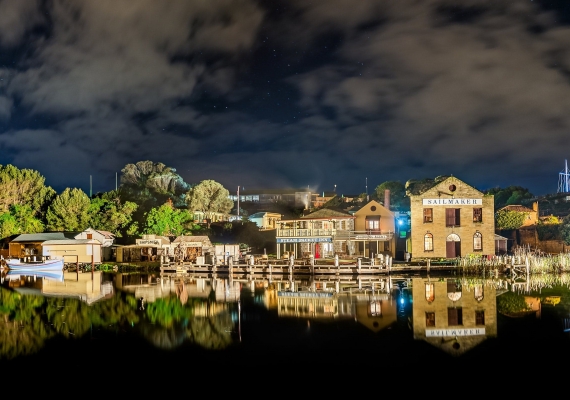 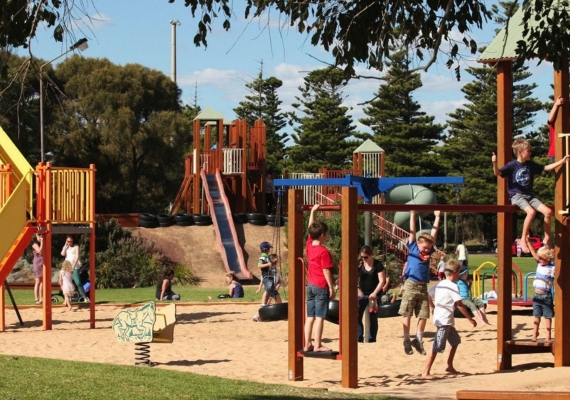 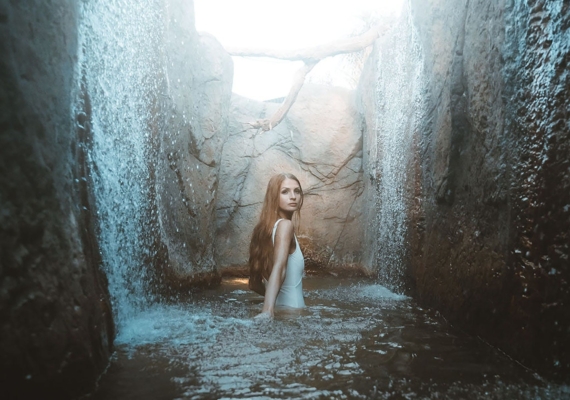 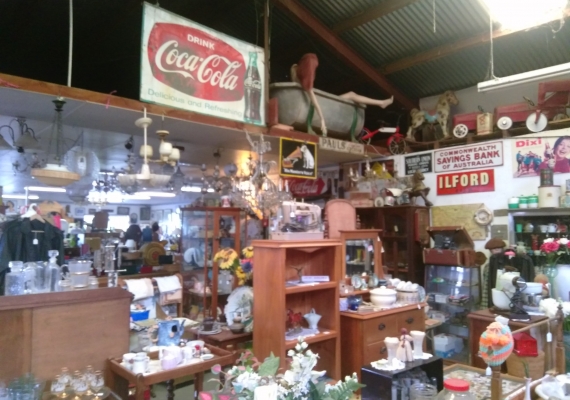 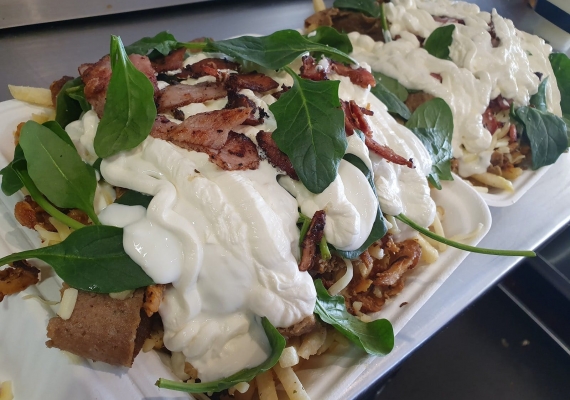 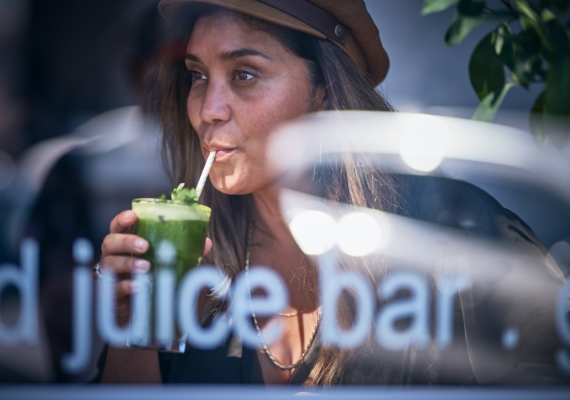 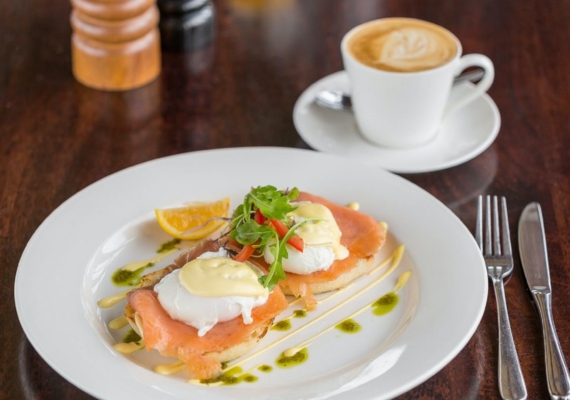 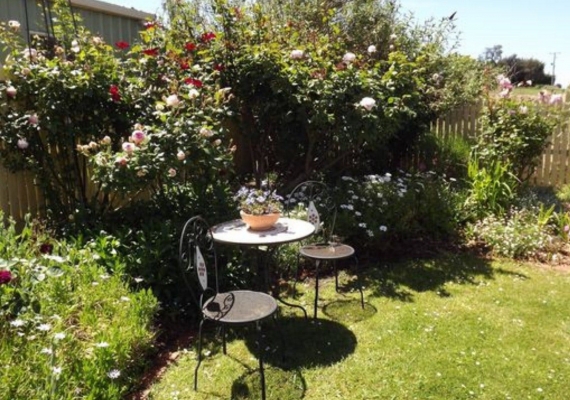